A Unique, Client-Centered Approach to Law

Cory Austin Clements was born and raised a Red Raider in Lubbock, Texas. After graduating from Lubbock-Cooper High School, he earned a B.B.A. in International Business at the Rawls College of Business, Texas Tech University. He worked his way through undergraduate studies at Wells Fargo Bank furthering his interest in the business world. In the Spring of 2010, Cory studied at the American Business School in Paris, France. During his time abroad, Cory traveled, made lifelong friends and gained an appreciation of the various cultures of the world that were represented at the American Business School of Paris.
‍
After graduation, he enrolled in the Texas Tech University School of Law as he had wanted to be a lawyer from an early age. Soon after he realized that his passion for business and law could be combined, he quickly found his way back to the Rawls College of Business at Texas Tech University to pursue a dual Juris Doctorate and Masters of Business Administration program. 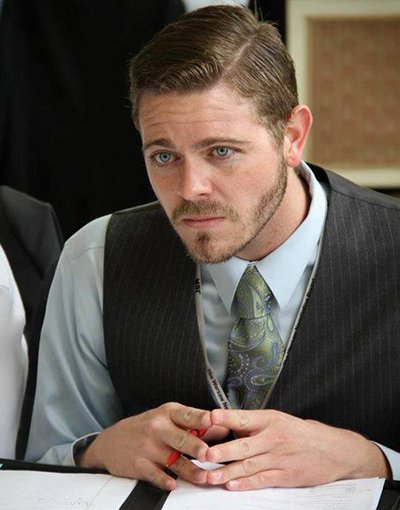 Cory’s passion for serving the community was amplified during his time in law school and graduate business school. He dedicated his spare time to serving others in his immediate community and eventually across the state. By the spring semester of his first year in law school, Cory was elected Vice President of the Innocence Project of Texas student organization. He went on to serve as President his second year in law school. Cory was also elected to the Student Bar Association and served as the State Bar of Texas Law Student Division (SBOT LSD) Junior Representative throughout his second year and the SBOT LSD Senior Representative during his third year. While serving on the Student Bar Association, Cory was appointed to the Grade Appeals Committee from 2012-2014 and the Elections Committee for the 2013-2014 term.
‍
In addition to his work in student government, Cory served as Chairman of Continuing Legal Education for the Energy Law Interest Group his second year, and Vice President during his third year. He also served as Vice President of Recruitment and Treasurer for the TechLaw Mentors group, which matches incoming first year students with second and third year mentors to help them adjust to their new life as law students. Cory was a member of the Rawls Graduate Association where he assisted with philanthropic activities with the Ronald McDonald House. Additionally, he was a member of the Red Raider Bar Association and the Federalist Society.
‍
During his third year in law school, Cory was appointed to the Dean’s Ambassadors Corps., an organization serving the law school and guests of the administration. During his time as an Ambassador, Cory held the position of Senior Deputy of Alumni Relations and Event Coordinator.
Cory also served two terms as a Deans in the Community Teaching Fellow where he assisted in teaching activities for the Law and Justice Magnet Program at Estacado High School. He helped coach the Mock Trial team his first year and developed a curriculum for coaching and learning Mock Trial for the students and director of the program to use beyond the conclusion of his fellowship.
‍
While serving the community remained a priority, Cory also devoted his time at Tech Law learning how to advocate for clients. He competed in Negotiations, Mock Trial, and Moot Court competitions throughout his first and second years, and had the opportunity to compete in two international negotiation competitions during his second year: The Negotiation Challenge in Athens, Greece and the Warsaw Negotiation Round in Warsaw, Poland. At the Negotiation Challenge, the Texas Tech School of Law team out-ranked the other American representatives, which were Harvard Law School and University of California Hastings College of Law. Cory had the privilege of serving as team leader at the Warsaw Negotiation Round, and at that competition, the team was awarded the Marshall of the Polish Senate Award.
‍
Cory was invited to become a member of the Texas Tech School of Law Board of Barristers at the conclusion of his second year in law school. As a member of the Board of Barristers, Cory coached, mentored, and judged first and second year competitions and served as the Director of Special Events.
Cory spent the summer after his second year in law school working in Washington, D.C. for the Washington Legal Foundation, which “. . . is the nation’s premier public interest law and policy center. Our mission is to preserve and defend America’s free enterprise system by litigating, educating, and advocating for free market principles, a limited and accountable government, and individual and business liberties.” While living in Washington, Cory flew back to Texas to run for Chairman of the Board of Directors for the State Bar of Texas, Law Student Division and served in that capacity throughout his third year of law school. This position with the State Bar of Texas also placed Cory on the Board of Directors for the Texas Young Lawyers Association as the Law Student Liaison for the same year. Cory was honored to serve as a liaison to the board alongside Texas Tech School of Law’s Dean Darby Dickerson and Texas Supreme Court Liaison, Justice Paul W. Green.
‍
During his time on both Boards, Cory served as Co-Chair on the Law Student Outreach Committee, and member of the Diversity Committee and the Community Education Committee. Texas Young Lawyers Association is the public service arm of the State Bar of Texas and allowed Cory the opportunity to excel in serving the community Statewide.
‍
Cory is now a licensed attorney and counselor at law, and he has been admitted to practice in state courts by the Supreme Court of Texas.
For more information or to schedule a consultation, contact Cory today! There is great pride in providing residents throughout Abilene, TX with legal counsel they can count on.

Speak with a legal professional in an obligation-free
initial consultation.